Clean Drinking Water for Schools and Households in Uganda

“The primary objective of the programme is to disseminate water purification systems to low-​income households and institutions such as schools, starting in Uganda. Carbon finance is used to give households access to the clean water technologies thereby improving the livelihoods and health conditions of thousands of people and at the same time reducing CO₂ emissions by reducing the consumption of non-​renewable firewood and charcoal. 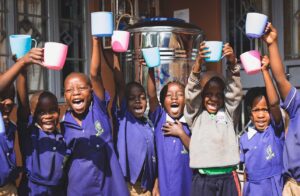 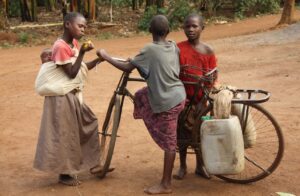 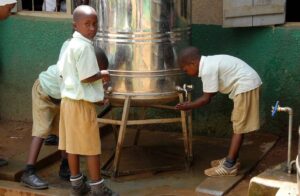 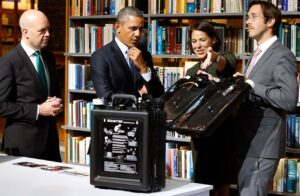 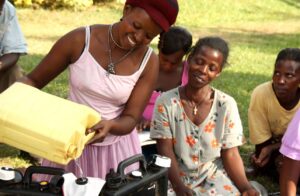 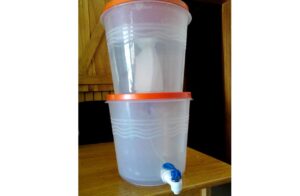 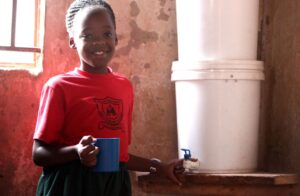 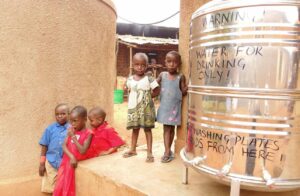 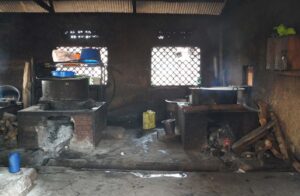 Lack of access to safe drinking water and inadequate sanitation and hygiene are responsible for the majority of the 2.2 million annual deaths caused by diarrhoeal disease. Children under five are particularly affected. According to the WHO report, 2.1 billion people do not use improved sources of drinking water. Over one third of those live in sub-​Saharan Africa.

In Uganda, 40 per cent of people boil water for purification and many more do not treat water at all. In addition, wood harvest for domestic cooking and boiling water is one of the major causes of deforestation. The burning of wood not only damages the environment, but can also negatively impact human health. In addition, many women and children spend much of their time gathering fuel instead of putting that time toward more productive purposes.

Ever since we had the water filter tank, our children do not have waterborne diseases anymore and typhoid went. It is saving us money because we do not have to boil water.

The programme addresses the above issues while enabling access to water purification technologies at household as well as institutional level such as schools. Examples of water treatment devices currently used include solar and electric ultraviolet (UV) purification units, ceramic filters and ultra filtration systems. Institutional water treatment systems can treat depending on type between 120 to 650 litres per hour that can provide safe water for 1,000 students and more. Smaller filters used in households treat 2-6 litres per hour. For women and children this means time saved that they otherwise spent in collecting or buying firewood.

Since I have a water filter unit, the number of my clients has increased, as I can offer them free drinking water. Compared to its benefits the unit was not that expensive.

The systems for schools consist of a UV filter or ultra filtration system and a water tank with a capacity of 450 to 1,000 litres. Electricity is needed for operation, the water comes from the water pipe. The UV water filter cleans the water in three stages. In a first step, the coarsest impurities in the water are filtered out. In a second step, an activated carbon filter is used, which absorbs the smallest particles and volatile organic compounds and ensures that the water is odourless and tasteless. In the final purification stage, the water is irradiated with UV light. This kills microorganisms such as bacteria, viruses and other pathogens. The individual filters are replaced every 6 months to ensure smooth operation and water quality. The filter systems have an average service life of ten years.

We constantly have good drinking water. When we used to boil it it was never enough.

Some schools have a waste and littering problem with the plastic bottles students bring to school. Thus the systems also reduce plastic waste at schools. myclimate works together with local and international organisations to adapt the programme and the technology to local conditions. myclimate invests the proceeds from CO₂ offsetting in the expansion of the project, for example via product subsidies, in raising the awareness of local partners and in the promotion and development of distribution channels”.

Energy from a Wind Park in Turkey