Improving The Lives Of Refugees By Harnessing Their Artisanal Skills

“MADE51 recognizes the heritage artisanal skills that many refugees bring with them as they flee their homes. Helping people harness their traditional talents by connecting them with international designers and local social enterprises, MADE51 brings modern, innovative refugee-made products to the global market. The refugee artisans then become part of an ethical supply chain, earning income to provide for themselves and their families. Instead of relying on charitable handouts, generating their own income builds self-esteem and restores their sense of self-determination. 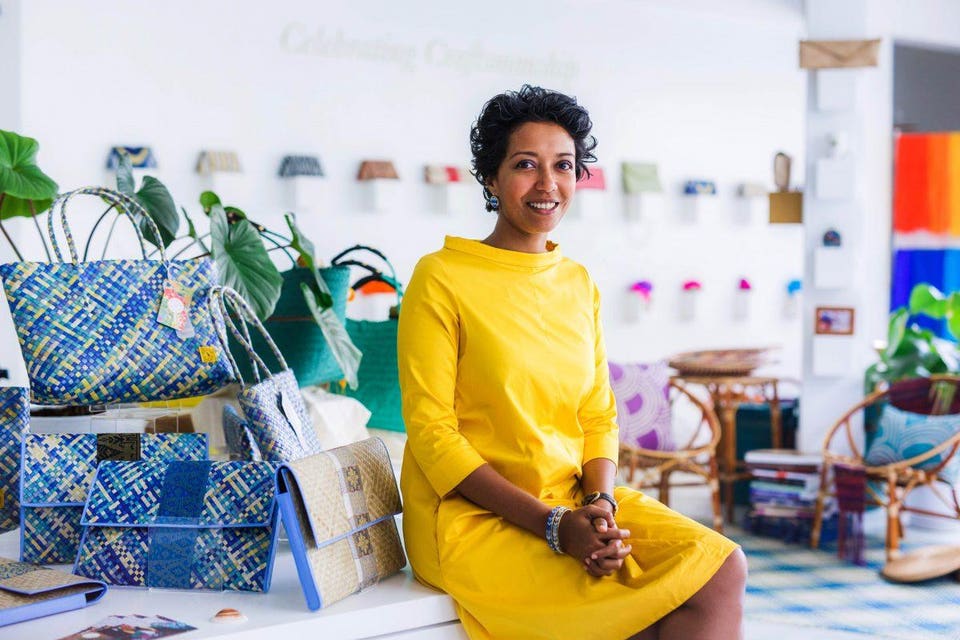 Sasibai Kimis is the founder and CEO of Earth Heir.

Sasibai Kimis, a socio-entrepreneur who was born in Malaysia to Indian parents, is the founder and CEO of Earth Heir, a pilot partner for the MADE51 initiative. Earth Heir sells hand-embroidered necklaces and bracelets made by refugee women living in Malaysia.

Malaysia is one of the few countries in the world that is not a signatory to the 1951 Convention that protects the basic rights of refugees. The estimated 158,000 refugees living there face mistreatment and lack avenues for self-sufficiency. Currently, Earth Heir works with over 100 artisans throughout Malaysia. 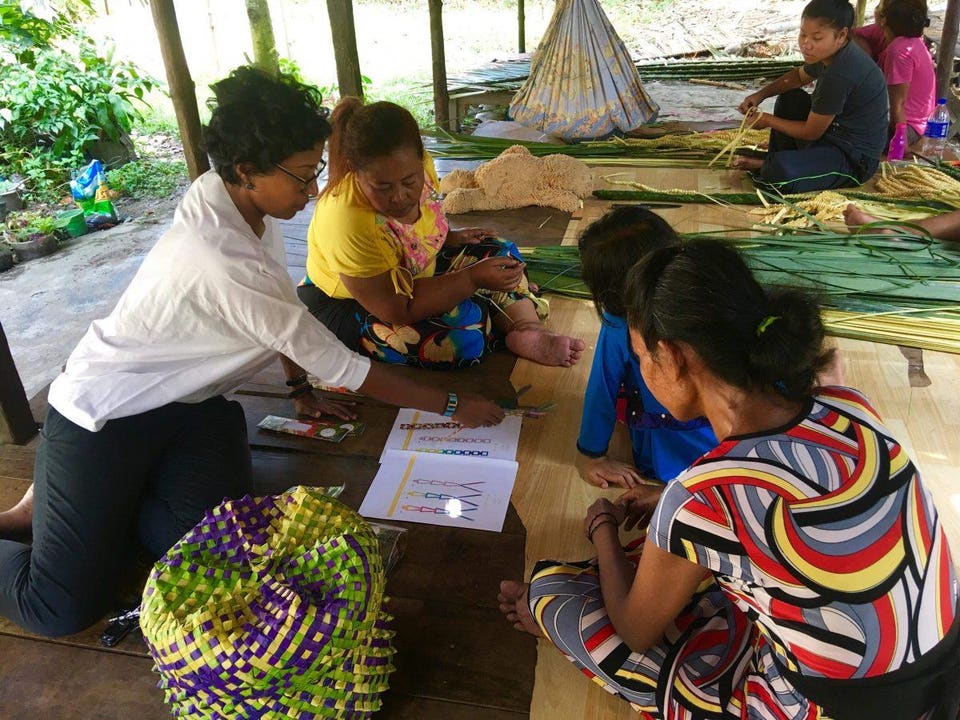 Kimis has long been driven by a desire to make the world a better place. When she was 16, she went to visit a grand-uncle in Tamil Nadu. He had worked in Malaysia for most of his life to support his family and only recently returned to India. She found him lying on the street, an emaciated beggar surrounded by dogs and covered in flies. She immediately took him to the hospital, but he died two weeks later. “My heart broke,” Kimis says. “All I wanted was to find a way to help the poor. This man was my own flesh and blood.”

After attending the prestigious Wharton School at the University of Pennsylvania, Kimis worked briefly as an investment banker with Lehman Brothers, thinking that if she made lots of money, then she could give lots of money away. But she quickly grew disillusioned, quit her job, and went to Cambridge University to pursue an M.Phil in Environment and Development with the aim of better understanding the poverty nexus and how it can be solved.

After working with the UNDP and another NGO in Ghana, West Africa, Kimis moved back to Malaysia in 2009. On a trip to Cambodia, she bought scarves from human trafficking survivors and weavers and started selling them to friends and family. A mentor helped her realize that she could transform the lives of artisans by helping them move from the informal to the formal economy.

Earth Heir artisans are proud to be able to earn an income.
Founding and running her social enterprise, Kimis feels she has tapped into her life purpose by marrying her interests in business and social justice. “Even in the worst of times while running Earth Heir, I am driven by my personal mission to make a difference and not give up just yet. It has been, and continues to be, a tough road. Awareness of ethical fashion and conscious consumption is low. Personally, I have been guilty of buying clothes from cheap fast fashion brands in the past. But since founding Earth Heir, I have gained an appreciation for the handcrafted, the artisanal, and sustainable fashion.”

People often ask Kimis why she left an illustrious career and the possibility of earning greater wealth in order to found her social enterprise. Her answer is, “So I can live each day knowing my work is helping a man, a woman, a child, and building an ecosystem for good.” Most of all, when Kimis visits the communities Earth Heir works with and sees how the partnership has provided them with dignity and independence, she “knows the sacrifices have been worth it all.”

To young people looking to tap into their life purpose, Kimis offers this advice. “Writing my personal mission statement was the first step in helping me figure out what to do next. I highly encourage young people to take time to do this. We have so many different passions and interests. But your personal mission is something that underpins your life, your values, your core. It is what drives you.”