AGITATING CHANGE FOR A SUSTAINABLE FUTURE

“In 2018, Innocent Drinks became a B Corp – one of several businesses worldwide recognised for rigorous standards of social and environmental performance, accountability and transparency. It was the result of almost two decades’ work by the UK headquartered smoothie maker to embed sustainability practices across its operation.

As Innocent’s longest-serving employee, Louise Stevens has played an instrumental role in this journey. She tells Nigel Wright how a vision to always “leave things better than we find them” has helped the business become a sustainability leader.

Louise joined Innocent Drinks’ supply chain graduate scheme in 2001. The company was just two years old at the time, and she one of only 14 employees. However, finding an entrepreneurial business with strong ethics was the aim of her job search, and despite having never heard of Innocent Drinks, she was confident she’d made the right choice: “What the business stood for really resonated with me. Its ethical ambitions were clear, but I was attracted to the whole entrepreneurial ethos  too – never taking no for an answer and making great decisions and products.” 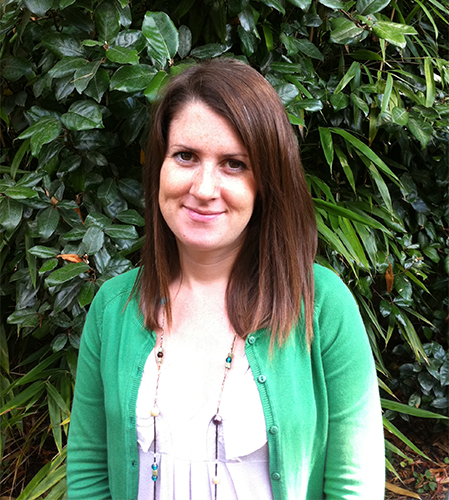 Her role during those early days involved running the entire supply chain operation alongside Innocent co-founder Jon Wright. With the business enjoying triple-digit sales growth, endless opportunities to develop and stretch her capabilities existed. Sustainability, Louise says, was always an element of her role. Food waste minimisation, for example, had been an inherent aspect of Innocent’s business model from the start. And in 2002 plastic pollution also became a prominent theme within the supply chain strategy, as she explains:

“The business was celebrating another bumper month following the announcement of our latest sales figures when co-founder Adam Balon cut the revelries short by announcing his disappointment that we were wasting too much plastic. He posed the question: ‘Is there a way that we can get our bottles back and reuse the plastic?’ That became a real challenge for the supply chain team. There were four of us, then, including Jon Wright. For weeks, we sat there scratching our heads, wondering how we could do it?”

Thanks to Jon’s leadership and enthusiasm for the project, the team pulled together and by 2003 all Innocent Drinks’ smoothie bottles contained 25% recycled content. This figure was (and still is) above industry averages and became a pioneering first step on a journey to transform plastic packaging standards. Other milestones followed including a 50% recycled version, soon followed by a 100% recycled plastic bottle, launched in 2007.

As Innocent Drinks grew, Louise expanded her role at the business, moving into Customer Supply and later Logistics and Portfolio Management roles. As International Logistics & Portfolio Manager, she developed and implemented an export strategy which reduced the business’ carbon footprint and cut waste. This increasing interest in sustainability led Louise to complete an MSc in Environmental and Earth Resources Management. Following completion of the course, in 2008 Louise was appointed Sustainability Manager and immediately began implementing her learnings:

“To lead a sustainability team, you need an academic grounding. My thesis focused on Innocent’s water footprint, something we’d never considered before. I identified a few crops to focus on, and at the top of the list was strawberries which we source from Spain. We kicked off the water footprint project in 2010 and it’s still running in collaboration with other brands and organisations based in Spain. We’ve been able to make a tremendous impact on the way water is used, in what is quite a water-stressed region.”

Further initiatives followed in food waste minimisation, carbon footprint reduction,  packaging sustainability, and third-party resource efficiency, as well as building a strategy for sustainable agriculture. As a “fruit and veg business” this last area became an important component to Innocent’s sustainability strategy, says Louise. The business joined the Sustainable Agriculture Initiative in 2013 and was one of the first companies to pilot the Farm Sustainability Assessment, an effective tool to assess, improve and communicate on-farm sustainability.

The importance of sustainability increased and in 2011 Louise was appointed head of a larger specialist sustainability team, building on the great work of her predecessor Jessica Sansom. During the following six years, they developed and implemented strategy covering all aspects of business management and NPD, increased the company’s usage of sustainably sourced (rPET) plastic and expanded the sustainable agriculture programme. To achieve this, Louise also conceived employee engagement initiatives which became a critical factor in achieving success:

“We never considered sustainability as an add-on. To deliver our ambitious targets, we needed to engage everybody in the business. Every team was tasked with thinking about it, which enabled us to cover a breadth of sustainability practices. It’s always easier to engage the Supply Chain team because they see tangible results for their sustainability initiatives. We had a separate sustainability budget for making our supply chain more sustainable, but I also established various sustainability roles which are broad enough that whatever your job, you could adopt one of the positions.” 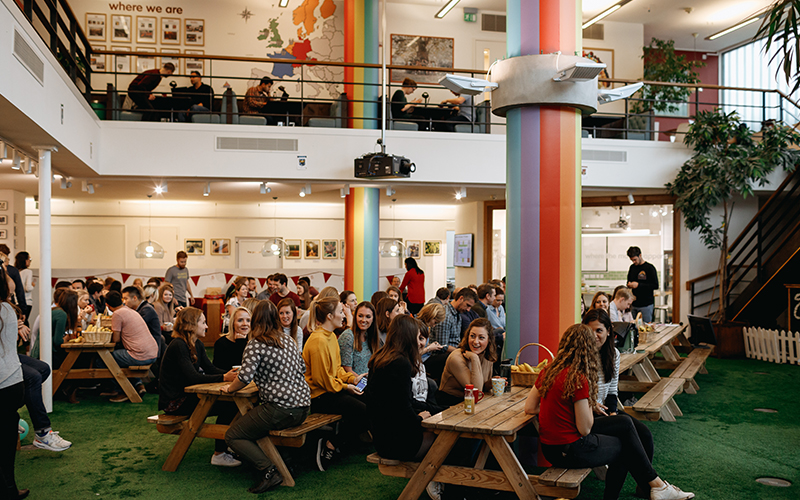 These positions, as Louise explained, each have annual responsibilities and objectives. ‘Protectors,’ for example, are those involved in making key decisions which could have a positive or adverse impact on sustainability. Their role is to prevent poor sustainability practices entering critical areas like NPD. ‘Ambassadors’ could be anyone in customer/consumer facing roles, tasked with communicating sustainability strategy to the market. ‘Activators’ are mainly people in supply chain, while ‘Agitators’ – a role fulfilled by over half of Innocent’s employees – act as agents of change. They question everything from paper use to raw materials procurement.

Today, Louise is Innocent Drinks’ Head of Circular Economy, a new role created in 2017 to continue the business’ 15 year legacy of plastic packaging innovation. A circular economy is an economic system aimed at minimising waste and maximising resources. The term has been around for a while, but its prominence has increased recently in light of global efforts to reduce plastic waste. Solutions are possible, as Innocent has proven over the years, but despite positive steps, issues remain which require urgent attention.

While plastic is a useful material, which enables us to feed and clothe the world, an enduring problem, says Louise, is that it isn’t seen as anything but waste, and so ends up polluting the environment. While recycling is a good practice, plastic doesn’t recycle endlessly like glass or aluminium without first receiving a small injection of pure petroleum grade virgin plastic. Climate change is of course the biggest issue facing planet earth and decoupling plastics from fossil fuels requires immediate attention. Developing virgin plastic upcycled from organic waste, now forms a key part of Innocent’s R&D endeavours:

“Innocent’s vision for sustainability is to leave things better than we find them. So, we’re helping boost the circular economy by buying more recycled plastic (rPET). Our smoothie bottles, for example, are currently 50% rPET and 15% plant-based plastic. It’s the latest step on our plastic R&D journey. Our goal is that by 2022, all our bottles will only contain sustainably sourced plastic – mostly recycled with a dash of plant-based plastic. It’s an ambitious goal, but we never accept that something can’t be done. That attitude has been constant throughout the company’s history.”

With plastic pollution now a prominent issue, Louise hopes for improvements in the infrastructure for collecting, recycling and turning plastic into resin. Though while a plastic made from potato peel and coffee grains may be a long way off, alongside its circular economy R&D, Innocent also has an innovation stream focused on alternative delivery models for drinks, with some quick wins expected in 2019. Bottles within the current portfolio, says Louise, use a minimum of 30% recycled plastic. The aim this year is to transfer more Innocent products to the 50% rPET and 15% plant-based bottles: “We’re always trying to understand where else we could make changes in our supply chain.” 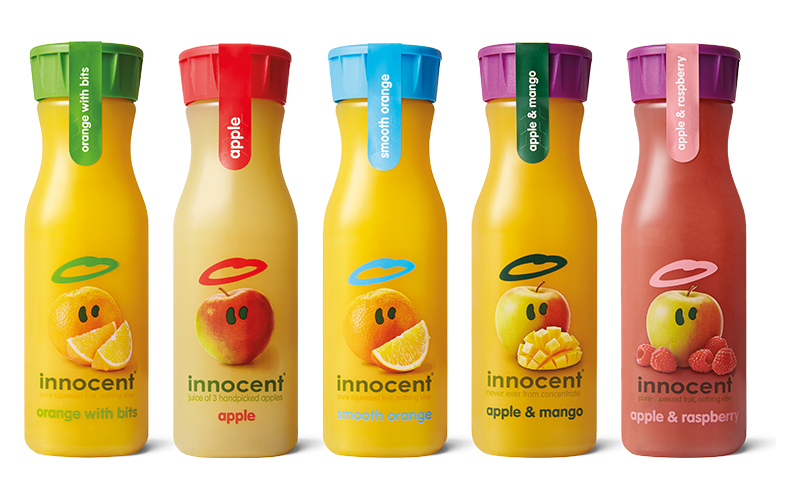 Innocent Drinks acknowledge that years of plastic pollution negligence requires urgent action, but the company is avoiding becoming “preachy” in how it communicates efforts to solve the crisis. As Head of Circular Economy, Louise has worked with Innocent’s Marketing team to create messages with “a touch of humour.” The circular economy concept, for example, is referred to as “the big wheel of using plastic again’ – “it’s a bit silly” says Louise, “but a more down to earth  way of getting consumers involved in what we’re doing.”

She added: “We want to influence our consumers, our suppliers and everyone around us. By telling our circular economy story in various forums, it keeps our ambition to increase circularity top of mind. That’s why, for the last year, the only story you’ll see on the side of our smoothie bottles is about recycling. The message we communicate to our drinkers is clear: everybody can make a difference; every action makes a difference.”

Achieving B Corp status was recognition that Innocent has been on the right path with its broad approach to sustainability. But, rather than signalling the culmination of its endeavours, Louise explains how gaining this certification means the beginning of a new and more collaborative sustainability journey for the business. B Corp provides a structure that highlights areas of further improvement and enables Louise and the sustainability team to develop new practices and set further goals. Innocent must also measure and report its sustainability targets alongside commercial metrics in its annual report. Significantly, though, the business now joins a community of 2,500 other B Corp firms that work together to solve problems, share best practice and establish principles for how to build and run successful B Corps. These collective and scalable actions by the world’s companies, Louise says, will become a “massive force for change” over the next few years in tackling the “huge environmental issues” we all face.

Now in her eighteenth year at Innocent Drinks, Louise’s reasons for staying at the company for so long are simple. While remaining true to its purpose of making a product that is good for people and “leaving things better than we find them,” she says the never-ending ambition and opportunities for experience and growth are unmatched in the industry. And as the next 20 years bring more success, she expects her role as a champion for sustainability, ensuring the company’s values stay front and centre in all decision making, will be as important as ever:

“The bigger we get, the more we will need to drive the sustainability agenda. But that’s a happy problem – finding ways to make sure our people are given the time and responsibility to focus on sustainable projects is how we’ve achieved our impressive environmental record.”