Renewable energies in the urban environment

“By 2050, over 9 billion people will live on earth. More than half will live in our cities. With fossil fuels quickly running out, how are we going to power the world of tomorrow? How can we harness kinetic energy created in the urban environment in order to satiate society’s hunger for fossil fuel?

Natural resources are diminishing. Climate change is a new social impact movement. An exponentially growing population is causing overcrowding. We are more driven than ever to use innovation to circumvent the inevitability of a world we can no longer sustain for future generations and alter the proverbial bell curve. As technology continues to strengthen its choke hold on the global economy and create a 24-hour economy, demand for inner-city living is higher than ever. The silver lining to what sounds like a morbid premonition for the world of tomorrow is the ability to build the Internet of Beings (IoB) and find practical solutions that every being—man, woman, child, animal—can contribute to in a meaningful and intrinsically “natural” way, where not playing your part takes far more effort and cognition than taking part.

Megacities are expanding, dominated by people. Kinetic energy is bustling around us with nothing to capture its infinite potential. Each person in the UK takes around 4,000 steps per day, releasing over 68,000 joules of energy into the world. This enormous level of energy from each person is just waiting to be harnessed. 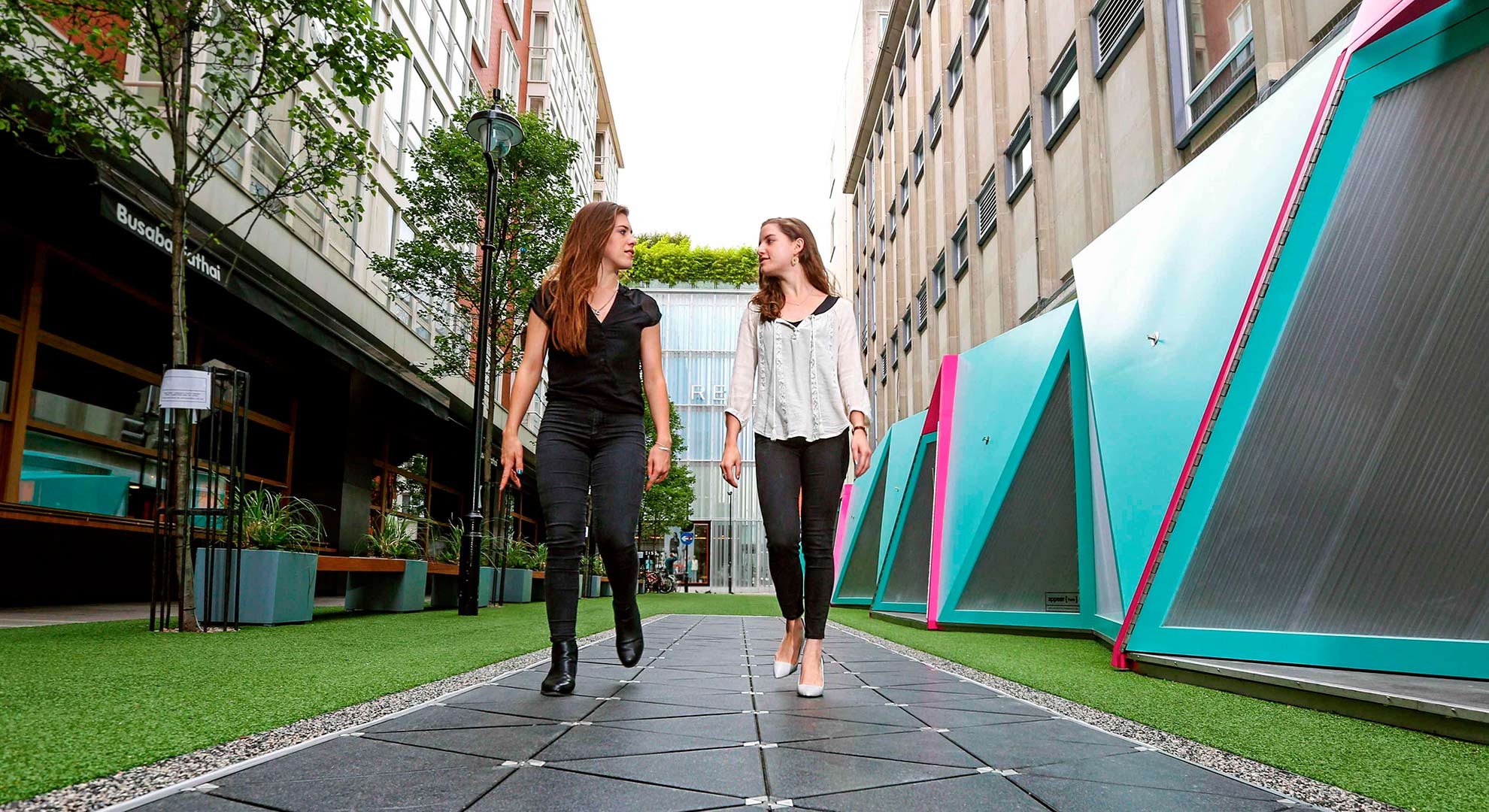 We can illuminate our cities, heat up our homes, and charge our cars, with the simple power of a step. For more than 20 years, technology has been advancing;  transforming our everyday lives into a new digital age. From smartphones to driverless cars to coding, we can see the evolution of human technological understanding before our very eyes. Creative new technologies are invented every minute, revolutionising the world around us.

How we adapt and conform to these changes will determine how we survive in a time of drastic climate change.

Pavegen, a footfall harvesting flooring company, is leading the market in people-centric technology. Harnessing this footstep power and converting it into off-grid electrical energy and intelligent insights. Used in smart city environments, this technology is prime for scaling to perform in all locations and capture the wasted energy of our cities. This is just the first step in positive behavioural change that will encourage the adoption of more interactive and engaging technologies to power our world, facilitating towns, cities, and countries to be people powered. 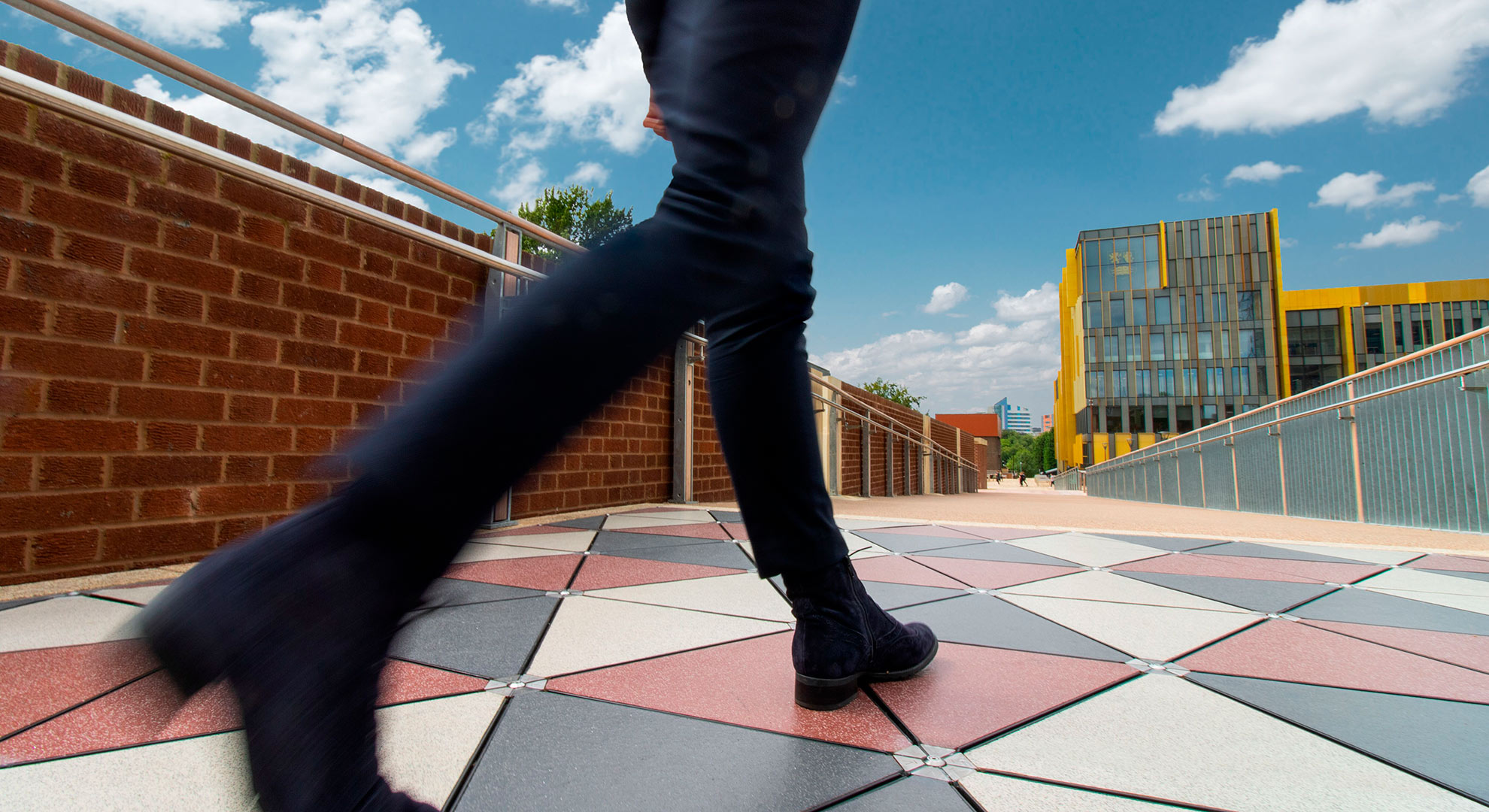 We need to invest in sustainable development and transform our current infrastructure into a cleantech space. By powering our cities with traceable energy we can secure the safety of our planet.  As we move closer to a time without fossil fuels, it is vital that we normalise and utilise affordable energies: integrating solar panels into new buildings and homes; constructing more wind turbines; and developing localised hydroelectric facilities.

But to engage with people and change the behaviours of the population for good, for a powerful future we need to build interactive and intelligent environments that will establish a synergetic relationship between people and the spaces they inhabit. By making new forms of clean energy accessible to the larger population we can change the built environment for the better.

Technology such as Pavegen and other interactive energies need to be embraced and form part of our cities to aid our energy revolution in order to evolve into the next stage of industrialisation through renewables.”